Oh, Suge, Suge, Suge. And by that I mean Suge, a/k/a “Sugar Bear,” né Marion Hugh Knight, Jr., the now washed-up wannabe music mogul of 90s-era Death Row Records fame — not the much more interesting, more talented, and more charismatic Shug Avery, whose harmonica-laced rendition of “Miss Celie’s Blues” (better known as “Sista”) is now the hallmark of 1985’s The Color Purple. See, now I’m gonna have to go back and watch Whoopi Goldberg earn that Oscar one more time. But as usual, I digress. 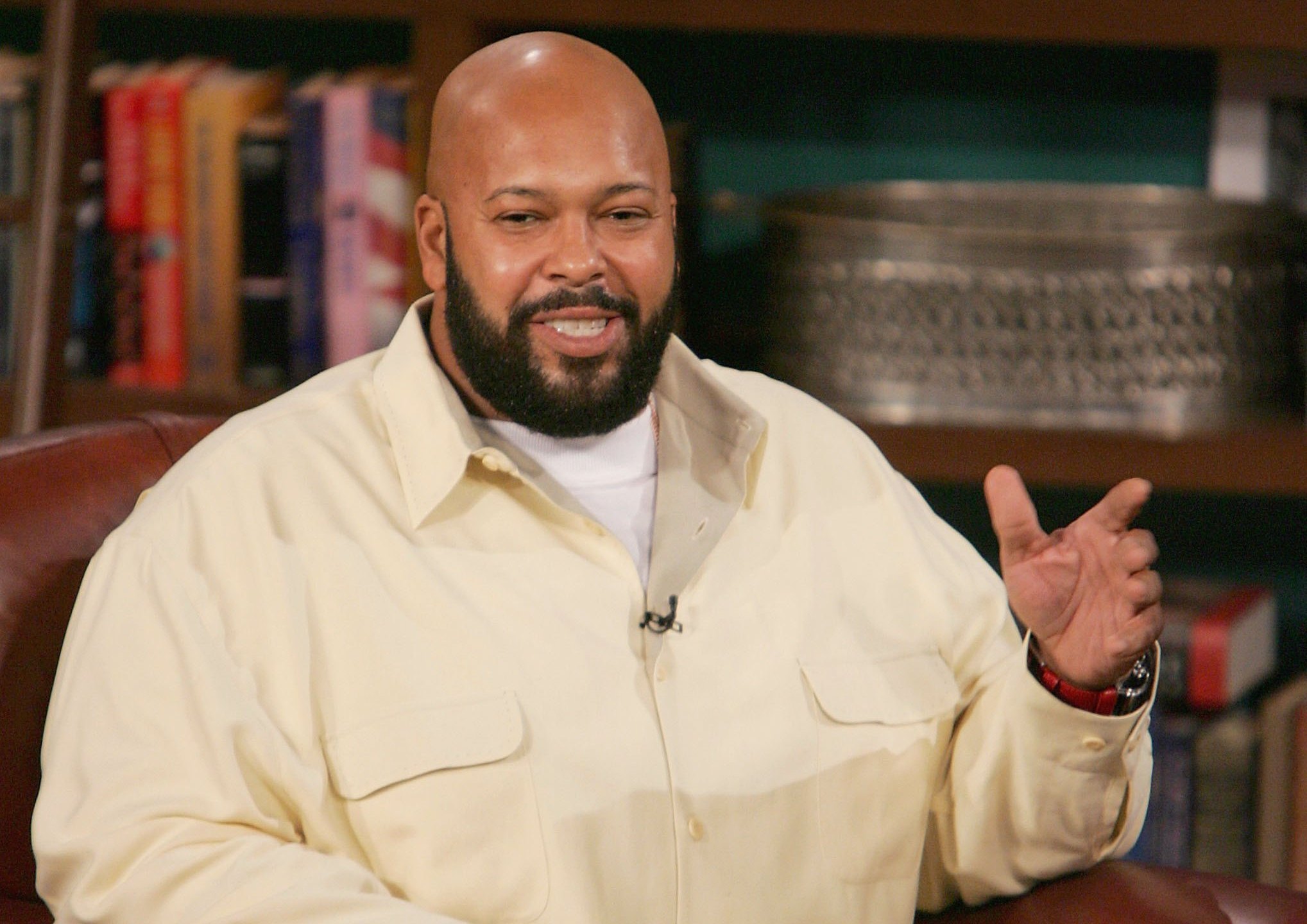 Good ol’ (in)famous Tupac compatriot, Suge Knight (pronounced like this, by the way), has landed himself in yet another pickle. A few weeks ago in sunny southern California, he mowed down two unfortunate blokes with his big red pick-up truck. One of the two mowees was discourteous enough to succumb to his wounds, causing the mower to be promptly charged with homicide. To this, Suge’s fancy-pants lawyer now wails “self-defense” from the highest rooftop.

“He was attacked by a number of individuals. He left the scene because he was in fear for his safety and life… They were beating him through the car window. He was making an effort to leave, and tragically, two individuals were run over, and one has expired.”

As should now be expected any time anything occurs anywhere other than in your dreams, there is video footage of this grizzly affair. Behold! The brutal attack unfolds before your eyes (and it is quite brutal indeed)…

Now. (Eh-hem.) Chew on that video, and recall the lawyer’s claim. Lawyer. Video. Lawyer. Video. Any discrepancies? Was there a “beating” through the car window? Does dude have a gun as TMZ suggests? Possibly. Even if he did, does that necessarily mean Suge’s vehicular people-mowing is justified?

Believe it or not, the good courts of the Great State of California do indeed indulge the concept of self-defense. [Insert shocked face here.] So what’s the California version? Well, it goes a little somethin’ like this (Hit it!):

For killing to be in self-defense, the defendant must actually and reasonably believe in the need to defend… If the belief subjectively exists but is objectively unreasonable, there is ‘imperfect self-defense,’ i.e., ‘the defendant is deemed to have acted without malice and cannot be convicted of murder,’ but can be convicted of manslaughter… To constitute ‘perfect self-defense,’ i.e., to exonerate the person completely, the belief must also be objectively reasonable…. For either perfect or imperfect self-defense, the fear must be of imminent harm. ‘Fear of future harm—no matter how great the fear and no matter how great the likelihood of the harm—will not suffice. The defendant’s fear must be of imminent danger to life or great bodily injury.’ ” (People v. Humphrey (1996) 13 Cal.4th 1073, 1082, 56 Cal.Rptr.2d 142, 921 P.2d 1, fn. omitted.) “The principles of self-defense are founded in the doctrine of necessity. This foundation gives rise to two closely related rules…. First, only that force which is necessary to repel an attack may be used in self-defense; force which exceeds the necessity is not justified… Second, deadly force or force likely to cause great bodily injury may be used only to repel an attack which is in itself deadly or likely to cause great bodily injury…. Under these two principles a person may be found guilty of unlawful homicide even where the evidence establishes the right of self-defense if the jury finds that the nature of the attack did not justify the resort to deadly force or that the force used exceeded that which was reasonably necessary to repel the attack.

People v. Hardin, 85 Cal. App. 4th 625, 629 (2000). Of course, videos can obfuscate as much as they reveal. But based on what I think I’m seeing in this video, Suge’s money and his fleeting former fame can’t help him here. I say he gets dinged — if not with murder 1 or 2 then with manslaughter… even in Celebrityville, USA. Why? Simple: the road he backed onto. Even assuming he had some urgent reason to back up so dangerously (mangling but not quite killing the first dude), at that point he could have hooked a left and high-tailed it down that very same road, just like another car is seen doing (a black sedan). Instead, he chooses to reintroduce himself into the very scene he now claims he was desperate to flee. Rather than taking what appears to be a perfectly viable escape route, he instead plows through a crowd of people. Not so sweet, Suge.

Hollywood money is famous for purchasing special varieties of criminal justice, but I think Suge’s self-defense claim is, at best, imperfect. For that, a normal person would do time. We’ll see if Mr. Death Row Records fits that description. Meanwhile, the moral of this story for the non-rap-mogul is this: don’t do stupid sh*t in stupid places with stupid people. And if you do, and the stuff hits the fan, leave. And by “leave” I mean actually depart. Extricate yourself completely, at the earliest, easiest, closest possible nanosecond. Otherwise you’ll be hard-pressed to later claim you really feared for your life.

I’m sick of self-serving so-called self-defenders perverting, contorting, and manipulating what should be a relatively simple concept. On the one hand, yes, self-defense can get hairy, I admit. But at its core, it’s about as straight-forward as porn and pregnancy. You know it when you see it. Either you are, or you’re not. As I always tell students when they start playing the “what-if” game, imminent death is not subtle. If it confronts you, you’ll know. And when you do, I’m gonna go out on a limb and suggest that you probably shouldn’t drive towards it — especially not if you plan on later claiming self-defense.

Hot Off the Press